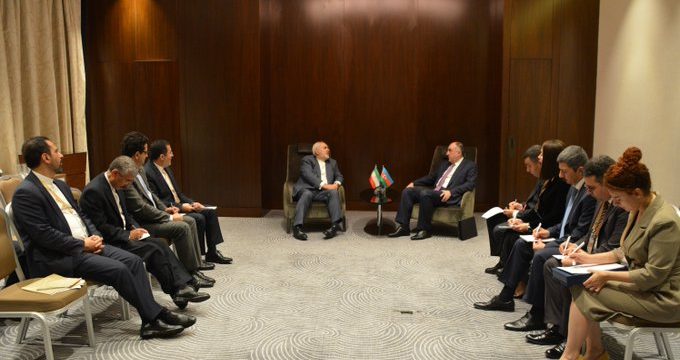 During the meeting which was held on the sidelines of the Non-Aligned Movement (NAM) ministerial meeting in Baku, both sides discussed regional issues.

In the today NAM meeting, the participants discussed latest international and regional developments, review the final document about the plight of the people of Palestine living under systematic ethnic cleansing by the occupying forces of Israel and prepare the joint statement.

Meanwhile, Iranian President Hassan Rouhani is planned to fly to Baku on Thursday to take part in the 18th NAM summit slated for October 25-26.

Rouhani’s visit will take place at the official invitation extended to him by his Azeri counterpart Ilham Aliyev.