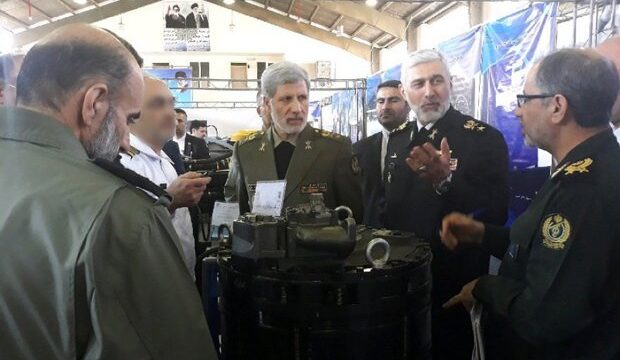 MNA – Defense Minister Brigadier General Amir Hatami underlined the importance of enhancing the defense capabilities of the Iranian Navy as the force plays a significant role in protecting the country’s territorial integrity.

Referring to the geopolitical situation of Iran and its access to free waters, Brigadier General Hatami added that boosting the country’s marine capabilities with the latest technologies will help keep the Navy strong in the face of external threats.

He made the remarks during a visit to an exhibition of the Navy’s achievements on Tuesday.

The defense minister also pointed to the “already-failed” US-led naval coalition in the Persian Gulf, saying, the Islamic Republic’s deterrence power has secured the country from any external threat.

“This is a serious warning, and we will strongly continue our work in the field of maritime security.”

Iran’s defense sector has seen many great achievements made by Iranian engineers during recent years. Tehran has repeatedly announced that its military power is just aimed at defending the country against threats and does not present any threat to others.