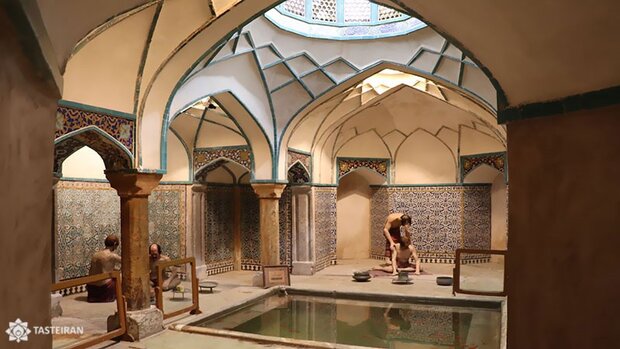 Have you ever tried a lifetime Persian ancient spa?

MNA – A humble usually brick alcove entrance with a tiled or miniature designed portal leads to an open hall underground with the roof at ground level centered with a small pool.

Have you ever tried a lifetime Persian ancient spa?

A humble usually brick alcove entrance with a tiled or miniature designed portal leads to an open hall underground with the roof at ground level centered with a small pool. You feel warm under your feet, looking up and around the hall your eyes are tamed with the ornamentation details of colorful tile works and arch walls being painted with epic scenes of Shahnameh, the book of kings. You will be handed a checked design Long, the Iranian bath-wrap to cover up and start your venture which involves about heat, sweat, massage and peeling.

Here you are an experience beyond the shower and bathtub!

The Persian bath along with its age-old rituals is an important brand of public hygiene in the history of the world. Way before the Ottoman Empire established the hammams in Turkish Empire, the earliest ruins of bathhouses were found in the ancient capitals in the Iranian plateau as Chogha Zanbil, a world heritage in Khuzestan province. With stating Zoroastrianism as the national religion of Persia in 224 AD, cleanliness became more important in people’s everyday lives. After Islam arrival and converting to Islam in the 7thcentury religion required ritual purification of daily life. 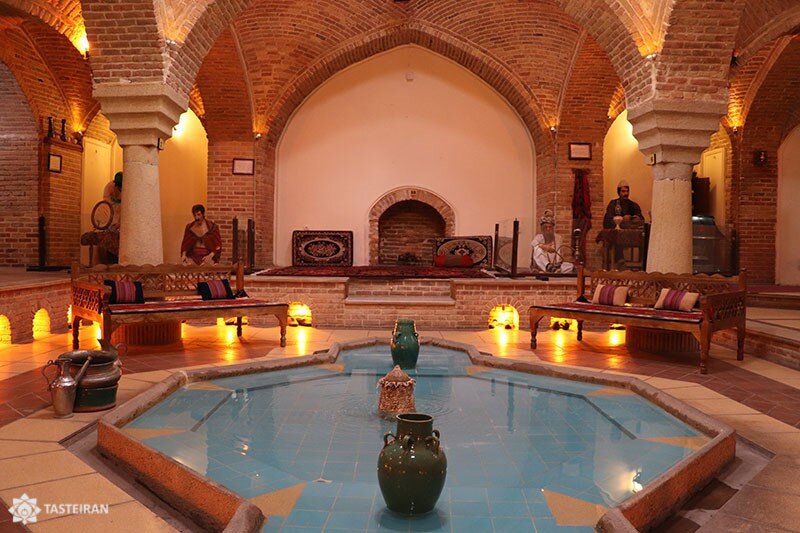 The social life expanded around traditional bathhouses in Iran was reinforced after Islam and reached its climax in the Safavid era. According to the book The Travels of Sir John Chardin, there were 273 public bathhouses only in Isfahan, the capital of Iran during the Safavid era.

To get the idea of how the Persian bath was like back in the time there was no indoor plumping and people would go to the neighborhood bathhouse for bathing, it is essential to mention about the unique architecture and various types of hammams in Iran.

Depending on the location and application, Iranian bathhouses were divided into two main categories of private and public. Based on the bath construction of the public bathhouses there are individual and twin public bathhouses feature either separate times for men and women during the day or separated spaces to be used parallel by different genders.

The good news is apart from plenty of ancient bathhouses in Iran which turned into museums, restaurants or cafes to invite you for a visit to the history, taste and architecture, there are still bathhouses being used for the same task of cleanliness that some of them are exactly as the time-honored ones in Safavid and later eras to gift you a bit of rest and relaxation letting all the stress and filth peel off your skin. If you want to try it by yourself, TasteIran provides once in a life experience of Persian bath everywhere you are on your journey in Iran.  Join this experience to hear the history of Iranian cleanliness and touch the aesthetic beauty of Persian architecture while the blue harmonious tile work of the space ease your sight and the warmth of bathhouse unleashes your muscles.