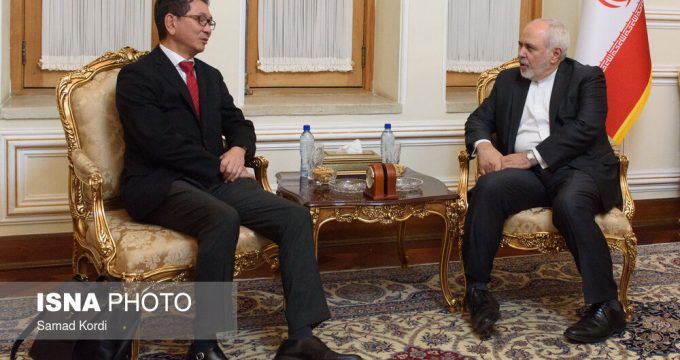 Japanese official is in Tehran for talks with the Iranian Foreign Ministry’s officials.

During the meeting, both officials discussed issues of mutual interest.

Zarif sympathized and condoled with the Japanese nation and government on the recent flooding in the country which left dozens killed and wounded.