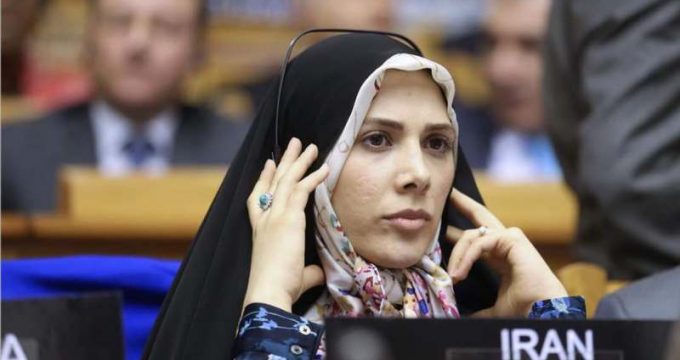 Iran calls on Bahrain to change terror-sponsoring policies in region

MP Fatemeh Hosseini, Iranian representative at the 141st Inter-Parliamentary Union (IPU) Assembly in Belgrade, made the remark in reaction to claims by the Bahraini side on Iran’s involvement in proxy wars in region and the recent attack on Saudi Arabia’s oil facilities.

“It is surprising to hear such hostile remarks against a neighboring country by those who support and sponsor terrorist groups such as al-Qaeda and ISIL,” she said in condemnation of the accusations made by the Bahraini envoy.

“Contrary to the principles and remarks by such countries, the Islamic Republic of Iran has always played a constructive role in fighting terrorism in the region,” she added.

“Today, terrorists in the region are backed by various regimes such as Bahrain. We invite these regimes to reconsider their nonconstructive policies and take note of the realities of the region so that we can all witness the establishment of peace and stability,” she said.

“While we reject all accusations on Iran’s involvement in Yemen, we voice our full support for a peaceful solution to the Yemeni crisis and an end to this humanitarian catastrophe caused by foreign aggressors,” she added.