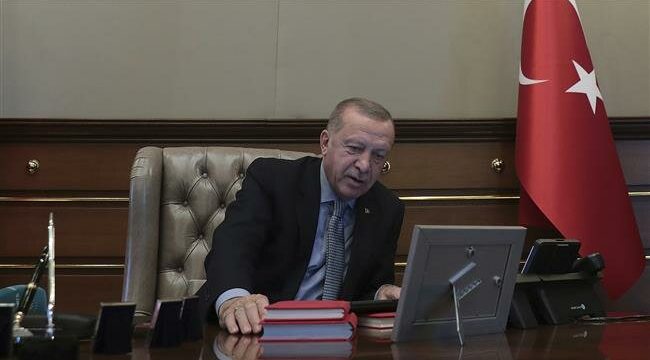 Bloomberg – President Recep Tayyip Erdogan said Turkey’s military operation in Syria could end after Kurdish fighters leave a strip of territory along its border, laying out his key condition for ending an offensive that has drawn American sanctions and roiled markets.

The U.S. decision to stand aside when Turkey advanced into Syria to push back Kurdish groups controlling the northeast has reconfigured old alliances and taken Syria’s eight-year-old civil war into uncharted territory.

Kurdish-led forces, who fought with U.S. backing to defeat Islamic State, have struck a deal for President Bashar al-Assad to deploy his troops to the border area, raising the prospects of a wider escalation and questions over the fate of thousands of jihadists who are being held in the area.

“Our proposal for the most certain resolution to the problem in Syria is that all the terrorists should leave their arms and other materials and destroy the traps that they have set and leave the secure zone” that’s defined by Turkey, Erdogan told lawmakers on Wednesday.