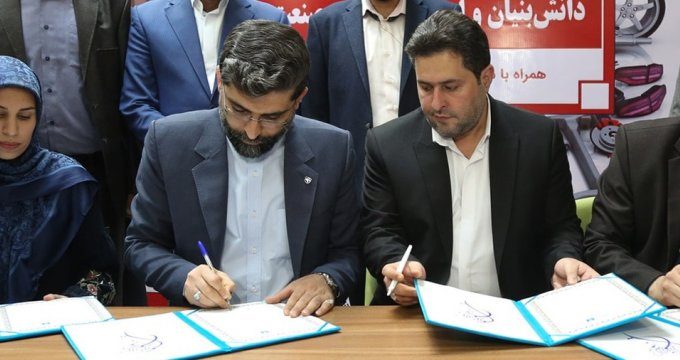 Financial Tribune – To curb the Iranian auto industries’ reliance on imports, car manufacturers have forged several deals with local tech firms worth $162 million for the production of auto parts

Over the past week, Tehran hosted an event to connect tech firms with automakers, on the sidelines of which several deals totally worth $162 million were signed.

The government-backed Iran National Innovation Fund has organized a three-day gathering in Tehran, which opened on Monday, IRNA reported.

Another subsidiary of the carmaker, Sazehgostar SAIPA, inked a deal valued at 180 billion rials ($1.6 million) with local knowledge-based firm Pars Iranian Saman for the domestic production of car lamps.