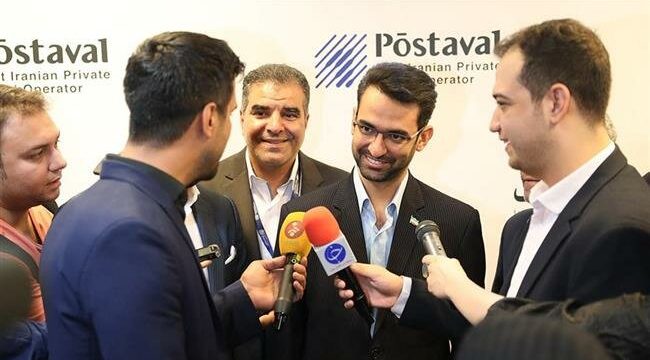 The Post-e-Avval, the first privately-owned courier in Iran fully licensed by the government’s regulatory, was introduced to the public in a ceremony on Monday attended by Iran’s minister of communication Mohammad Javad Azari.

“I hope that Post-e-Avval … could offer services that deserve the (Iranian) people,” the official IRNA agency cited Azari as saying in a speech to the ceremony.

Head of Iran’s top regulatory organization said that the National Post Company of Iran would remain a major provider of mail services in the country where an estimated six billion postal deliveries are conducted each year.

Hossein Fallah said that the regulatory had initially issued licenses for two private companies, including for Tipax, an old courier that has many branches across Iran. However, he said that the companies agreed to a merger to have a better share of the market.

Reports showed that Tipax would continue providing its 50-year-old package delivery service while its senior managers will sit on Post-e-Avval’s board.

Fallah said it took almost five years for Iran to prepare the regulatory framework for the activity of private postal companies.

Iran has a $1.7-billion postal sector although the state mail company has seen its share of the growing market reduced to only 15 percent.

Mohammad Hassan Karbassian, who serves as the CEO of the Post-e-Avval, said that the company would rely on a total of 30 smaller companies to deliver its services across Iran.

Karbassian, a former head of the state postal service, said the new courier would try to have the number of package deliveries in Iran increased, especially through the use of special software which enables retailers having their own delivery services to join the company.