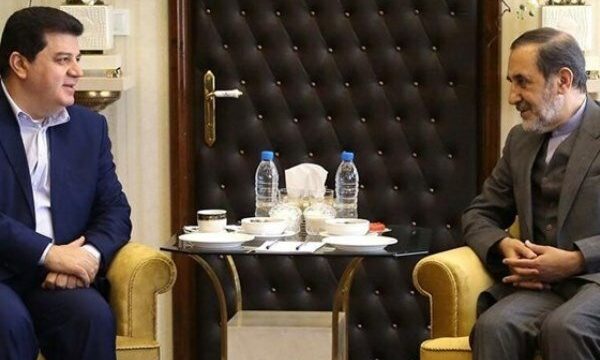 MNA – “Iran’s main policy is to support the Syrian nation and government and to defend their rightful stances,” Senior Adviser to Iran’s Leader Ali Akbar Velayati said in a meeting with Syrian Ambassador to Tehran Adnan Hassan Mahmoud on Saturday.

In this meeting, the two sides conferred on the expansion of mutual ties as well as preserving the territorial integrity of Syria.

Underlining the necessity of fighting terrorism, Velayati said that “the Syrian nation will defend its country to gain victory and we believe that Syria is more powerful than any time to deter threats.”

The Syrian envoy, for his part, expressed gratitude for Iran’s support for Syria and briefed Velayati on recent incidents in the region.

He also criticized Turkey’s operations in northern parts of Syria, saying that these military actions are in contrast with international regulations.