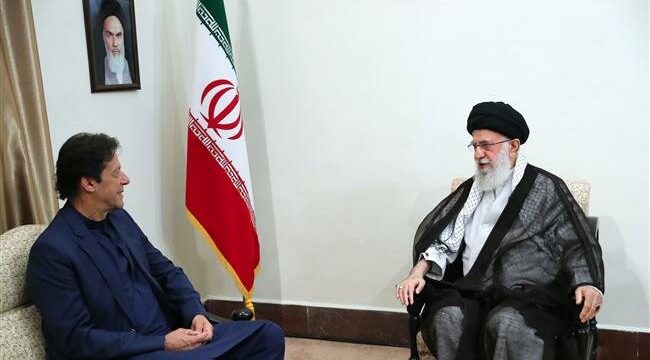 Proper end to Yemen war can have positive impact on region: Ayatollah Khamenei

Press TV – Leader of the Islamic Revolution Ayatollah Seyyed Ali Khamenei says a proper end to the ongoing war waged by Saudi Arabia and its allies on Yemen can have “positive” effects on the region, highlighting Iran’s plan as a suitable solution to this crisis.

“The Islamic Republic of Iran has for a long time presented a four-point plan to end the war in Yemen,” Ayatollah Khamenei said in a meeting with the visiting Pakistani Prime Minister Imran Khan in Tehran on Sunday, adding, “The end of this war in the proper way can have positive effects on the region.”

In April 2015, Iranian Foreign Minister Mohammad Javad Zarif submitted a four-point peace plan for Yemen to the United Nations in an attempt to end the bloodshed in the Arab country.

“It is imperative for the international community to get more effectively involved in ending the senseless aerial attacks and establishing a ceasefire,” Zarif said in the letter, adding that Tehran is ready to cooperate with the UN “to facilitate and encourage an immediate end to these senseless bombardments and initiation of a genuine dialogue to find a political solution to this tragic crisis.”

Elsewhere in his remarks, the Leader lauded Pakistan’s concern about the establishment of peace and security in the region, noting that West Asia is a “very sensitive and critical” region.

Ayatollah Khamenei expressed regret about the destructive role played by “some regional countries” through their support for terrorist groups in Iraq and Syria and causing war and bloodshed in Yemen.

“We have no motivation for being hostile toward these countries, but they are under the influence of America and act against the Islamic Republic of Iran in line with what America desires.”

The Leader emphasized that the Islamic Republic has never initiated any war, saying, “If someone starts a war against Iran, they will undoubtedly regret it.”

During the meeting, which was also attended by Iranian President Hassan Rouhani, the Pakistani prime minister said Tehran and Islamabad must further expand relations.

Khan added that his country attaches special importance to relations with Iran as a crucial partner, particularly in the trade sector.