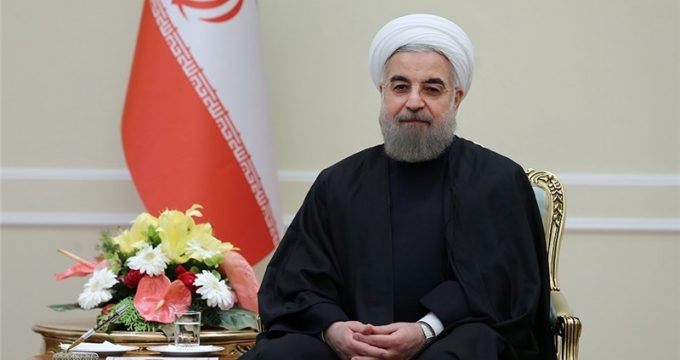 It’s time to talk to Iran

The New York Times | William J. Burns and Jake Sullivan: With tensions rising in the Middle East and Iran suffering under sanctions, this may be the last best opportunity to walk back from the brink.

This month, six years ago, we were in the midst of secret talks with Iran that led to the comprehensive nuclear agreement. It was a moment when diplomacy carried considerable risk, and considerable promise. Today, the promise has faded, and the risk is accelerating.

The consequences of the Trump administration’s foolish decision to abandon that nuclear deal last year, with no evidence of Iranian noncompliance, were predictable — and predicted.

We are now at a very dangerous point. The story of how we got here is one of faulty expectations on both sides.

Iran thought it could wait out President Trump, and the United States would simply return to the deal under a new president in 2021. But the pressure of economic sanctions, unilaterally reimposed by the United States, has been more formidable than Iran anticipated. Inflation is at 50 percent, and oil exports, the lifeblood of Iran’s economy, have declined from 2.5 million barrels per day to as little as a couple of hundred thousand this past summer. The European signatories to the nuclear deal proved incapable of offering much relief.

The Trump administration, for its part, believed unrealistically that its “maximum pressure” campaign and saber rattling would cause Iran to fold and accept America’s terms. But it failed to see that Iran has its own cards to play. Rather than capitulate, the Iranians have conducted increasingly provocative actions in the gulf, and started advancing their nuclear program. Rather than joining the United States in a united front to isolate Iran, America’s allies and partners are trying to act as mediators between what they see as two rogue actors: Washington and Tehran.

In Tehran, the hard-liners are ascendant, their skepticism about engaging with the West validated. Their temptation to overreach is rising, fed by the perception that President Trump (in his political supporters’ parlance) is a “snowflake” — talking a big game but more interested in self-absorbed summitry than military strikes.

Our gulf partners, meanwhile, are torn. On the one hand, they are worried about military collisions and are trying to slow the drift to conflict, with the Saudi crown prince a born-again believer in the value of thorough United Nations investigations. On the other hand, they are anxious that American nonreaction to Iran’s recent provocations will only feed Iran’s appetite for risk-taking, with Saudi Arabia the most convenient target.

If we stay on this trajectory, we will soon go off the cliff. The policy questions debated in Washington are too often about whether or not to wear a seatbelt. Instead, we ought to put our hands back on the wheel of diplomacy and steer toward an off-ramp before it is too late.

To start, both sides need to reset their expectations, and begin a step-by-step de-escalation that could create the basis for a longer-term resolution. The United States won’t get Iran to the table without some economic relief — either directly or through the European Union, as President Emmanuel Macron of France has suggested. The United States will also need to abandon as a precondition for progress the 12 demands that Secretary of State Mike Pompeo laid out publicly last year. This hard-bitten and resourceful Iranian regime is not going to issue that kind of declaration of surrender.

The Iranians will have to get more realistic, too. It is simply impractical to think that the United States will provide significant sanctions relief without assurances that Iran will immediately begin negotiations on a follow-on agreement that at least extends the timelines of the deal and addresses issues of verification and intercontinental ballistic missiles.

Foreign Minister Mohammad Javad Zarif recently signaled some openness to negotiation of additional terms. While we should have no illusions about how difficult that would be, we should certainly test the proposition. The Iranians have known since the secret talks that we saw this as an iterative process, like other arms control processes, in which one agreement became a foundation stone for further negotiations. The nuclear deal agreed to in 2015 was meant to be the beginning, not the end, of diplomacy with Iran.

Both sides should also seek to reduce tensions more broadly. It is long past time to secure the release of Americans detained, deeply unfairly, in Iran. It is time to stop threats to vital shipping lanes, and stop making Iraq a battleground for American-Iranian competition. We should make an opportunity of the crisis in the gulf and push hard to end the war in Yemen. That conflict is not only a humanitarian tragedy of epic proportion but also a strategic calamity for our gulf partners and a stain on American foreign policy. Afghanistan is another issue to discuss directly, given Iran’s stake in stability there, and Tehran’s ability to disrupt it.

If you asked us to propose a path for diplomacy with Iran, we’d suggest not starting from where we are today.

But we are where we are, and we know where we’re headed, especially given the surplus of mutual enablers in both Tehran and Washington. We have our last, best chance for diplomacy before us. We should seize it.

William J. Burns, a former deputy secretary of state, is president of the Carnegie Endowment for International Peace, and the author of “The Back Channel: A Memoir of American Diplomacy and the Case for Its Renewal.” Jake Sullivan, a senior fellow at the Carnegie Endowment for International Peace, was the national security adviser to Vice President Joe Biden and the director of policy planning at the State Department.