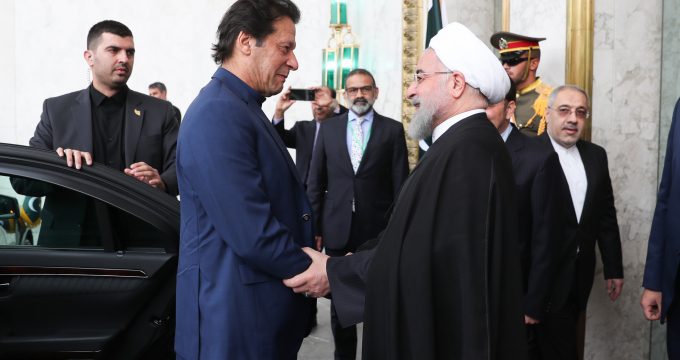 Imran Khan says Trump asked him to mediate between Iran, US

IRNA – Pakistani Prime Minister Imran Khan referred to his trip to New York and said US President Donald Trump had asked him to facilitate a dialogue between Iran and the US.

Speaking at his joint press conference with Iranian President Hassan Rouhani, Khan said his current trip is aimed at preventing a new conflict in the region.

Referring to his three meetings with President Rouhani in Tehran, New York, and Bishkek, the Pakistani prime minister said mutual cooperation has been discussed during today’s meeting.

Stressing deep and long-standing relations between Iran and Pakistan, he said Pakistan has never forgotten Iran’s aid in 1965.

Khan also appreciated the Iranian government for its support of the Kashmir people and its position with regard to this humanitarian disaster.

Some eight million people have been in blockade over the last two months.

Pakistan does not want new conflict happen in the region since the country has suffered from such conflicts over the last 15 years and has had 70,000 casualties for terrorism, he noted.

People of Afghanistan and Syria are still suffering from the consequences of terrorism.

He reiterated that Pakistan will spare no efforts for lifting sanctions against Iran and for signing the JCPOA by its signatories again.