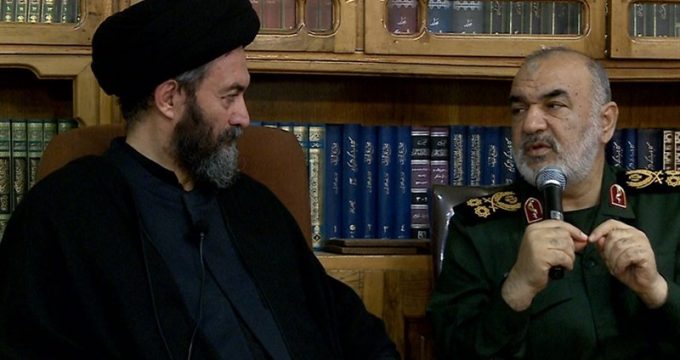 Tasnim – Commander of the Islamic Revolution Guards Corps (IRGC) Major General Hossein Salami said none of the US government’s options on the table could be put into practice as Washington lacks the ability to wield its power.

In a meeting with the Leader’s representative in Iran’s northwestern province of Ardabil, Major General Salami said the American authorities have admitted that their options on the table against Iran have been weakened.

The IRGC chief stressed that while the US has failed to utilize its power and also lacks the prudence to use its options.

The US has gone into a spiral, meaning that the more it spends, the less it acquires, Major General Salami added.

He went on to say that the Islamic Republic has gained such high level of power that wherever it steps, the enemies retreat from there immediately.

“The US’ friends, namely the Saudis and Israelis, have been frustrated at the US, and know that the US would be unable to support them in difficult days,” Salami added.

In remarks in November 2018, Leader of the Islamic Revolution Ayatollah Seyed Ali Khamenei highlighted the diminishing influence of the US government in all areas of power, saying Washington has even discredited “liberal democracy” which is known as the basis of Western civilization.

There is a consensus among major international experts that the US power is dwindling in all areas, the Leader underscored, adding that, conversely, the Iranian nation is moving forward and has a bright future.