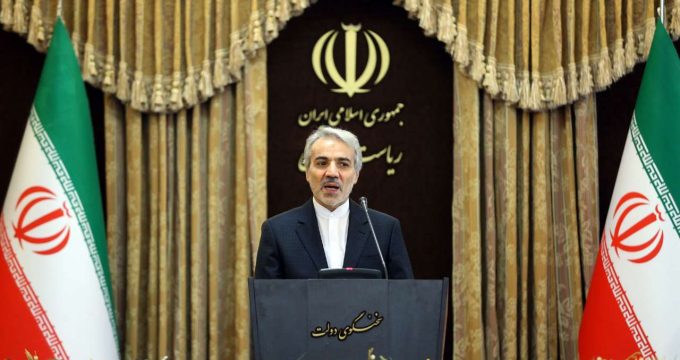 Iran Nat’l budget not to be reliant on oil revenues next year: Official

Tasnim – The head of Iran’s Plan and Budget Organization highlighted efforts to reduce the country’s reliance on oil revenues and said the national budget of the next Persian calendar year (March 2020 – March 2021) will not be dependent on oil incomes at all.

Speaking to reporters on the sidelines of a cabinet session in Tehran on Wednesday, Mohammad Baqer Nobakht said the national budget bill for the next Iranian year has been provided within the framework of a plan for reforms in the budget’s structure.

“Fortunately, what we saw in the budget of the year 1399 (March 2020- March 2021) is that reforms that had been considered in the structural reform plan were observed both in terms of resources and the expenditures,” he noted.

“Accordingly, the budgetary resources of the year 1399 have the least dependence on oil in a way that we can say the current operating budget is not oil-dependent at all,” he went on to say.

In comments in December 2018, Iranian First Vice-President Eshaq Jahangiri said it was unlikely that the oil revenues’ share in the budget for the next Iranian fiscal year would be more than 25 percent.

Iran’s efforts to cut reliance on the oil incomes began long before the US administration announced plans in 2018 to drive the Islamic Republic’s oil exports down to zero.