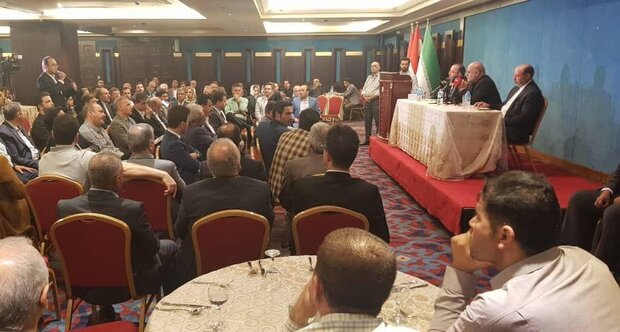 Iran, KRG discuss ways to strengthen economic ties in an event in Erbil

MNA – A conference was held in Iraqi Kurdistan capital of Erbil on Sunday with the participation of Iran’s ambassador to Baghdad and those active in the economic sector of Iran and the KRG.

As many as 200 representatives from the economic sectors of Iran and the Kurdistan Regional Government in Iraq attended a joint meeting which was held in the Kurdish capital of Erbil on Sunday to discuss ways of strengthening bilateral trade relations between the two neighboring sides.

In addition to Iran’s ambassador to Iraq Iraj Masjedi, who addressed the meeting, Iran’s consular general Nasrollah Rashnoudi as well as the Business attache at Iranian Embassy in Baghdad were also attending the conference.

The Iranian ambassador to Baghdad arrived in Erbil on Wednesday and held several meetings with high-ranking Kurdish officials including the president and the prime minister.