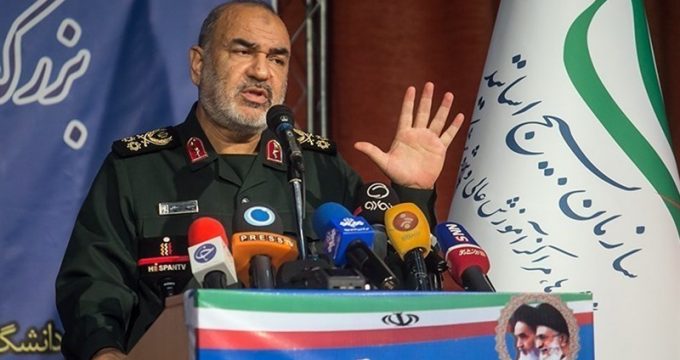 “The IRGC’s new defense achievements are remarkable despite the sanctions,” Major General Salami told reporters in the northern city of Rasht on Wednesday.

“In spite of pressures and economic, political, military and scientific sanctions, we have seen an enormous emergence of our elite and valuable forces,” he stated.

“…Our scientific technologies have been growing day by day,” said Salami, adding, “The Islamic Republic of Iran is up to date in terms of modern technologies and if we want to unveil them, we should see daily (unveiling) ceremonies.”

Today, the Western world lacks the capability to counter Iran’s achievements in various scientific areas, the top commander went on to say.