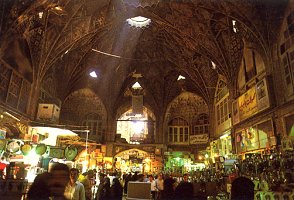 Financial Tribune – The average price growth of goods and services was around 10% during the first half of the current Iranian year (March 21-Sept. 22).

Overall, 17 out of 24 food items experienced an inflationary boost of above 1% while six items posted negative inflation rates during the period, according to the Statistical Center of Iran.

Four subgroups of red meat, butter, pulses and imported tea have been taken off the list of import items receiving the government subsidized currency at the rate of 42,000 rials per US dollar since the beginning of the year.

A comparative overview of these items’ inflation rates from the Iranian month ending March 20 to the month ending Sept. 22 shows that their price growth was generally lower than the average H1 inflation.

The analysis of Persian daily Donya-e-Eqtesad shows the removal of government subsidies in the form of cheap foreign currency for food imports had little, if any, effect on their prices in the domestic market during the first half of the current Iranian year (March 21-Sept. 22).