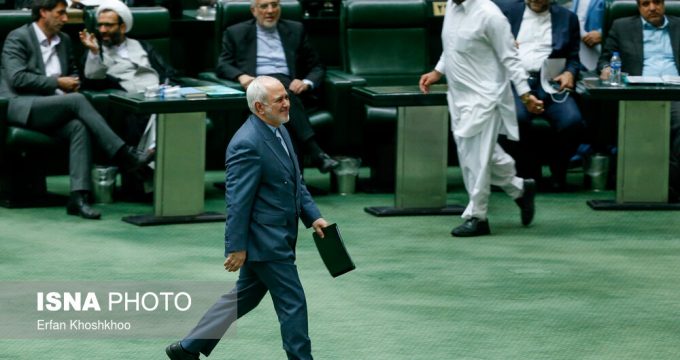 Zarif: Europeans not in a position to quit JCPOA

IRNA – Iranian Foreign Minister Mohammad Javad Zarif said on Sunday that the Europeans are not in a position to pull out of the nuclear deal known as the Joint Comprehensive Plan of Action (JCPOA), adding that they are not legally allowed to do so.

Zarif described the JCPOA as an international agreement which has been ratified in the United Nations and has clear framework, saying US has pulled out of the deal against international regulations.

Europeans have failed to implement their commitments and in some cases violated the deal, he noted.

In response to such measures, Iran has taken some actions based on the JCPOA text and is following them.

Europe is not able to withdraw from the nuclear accord, he reiterated.

Earlier, Zarif said the European states are echoing the US statements and claims to save their lost face.

“These days when I talk to the president of a permanent member of the United Nations Security Council (UNSC) that has a nuclear weapon, he tells me that he can’t do anything without Trump’s permission,” he added.

“If you see that the Europeans have made their positions closer to the US, it’s not because that they have seen us in a weak spot but that they have failed to withstand the US and are echoing the US claims and statements just to save a little of the face that has remained for them,” Zarif noted.

The Iranian top diplomat slammed the three European signatories to the 2015 Iran nuclear deal, that is, Germany, France and the UK, for dragging their feet during the last five months to “give Iran credit in return for the sale of the Iranian crude to make the country stay in the JCPOA”.

“However, they have failed to do even this little job because their master doesn’t even allow them to pay from its own money for its own security,” he stressed.