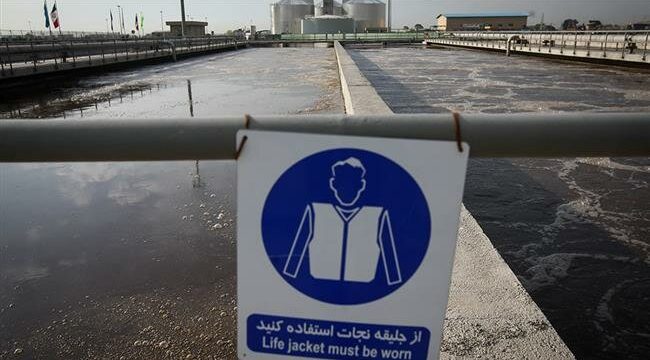 Over half of Iran urban population access sewage treatment: Official

Press TV – A senior official from Iran’s Ministry of Energy says access to sewage treatment in the country has increased to cover more than half of the urban population, around 30 million people.

Shahin Pakrouh said on Wednesday that people in 330 cities, around 51 percent of the total urban population in Iran, had access to sewage treatment facilities by March 2019.

Pakrouh said access to the utility was below 10 percent when the Islamic Revolution took place in 1979.

He said more than 200 sewage treatment plants were currently active across Iran, up from over two dozen that existed four decades ago, adding that more than 11 million cubic meters of wastewater was being recycled in those facilities each day.

The expansion of Iran’s waste treatment infrastructure comes as the country plans to build similar facilities for more than 100 small towns and villages.

Officials said recently that the scheme has made a good deal of progress two years after it was launched thanks to a €195-million loan from the Islamic Development Bank.

He said the number of villages that still received water through tankers was around 6,000, saying the number would decline by a third until March next year when some 1.2 million people in rural areas will be provided with clean water.

The official said piped water had reached almost all urban homes across Iran with an access rate of 99.6 percent reported in March 2019.

He said Iran would need nine billion cubic meters of clean water to supply to a population of 85 million people by March 2022, when a current national development plan is concluded.