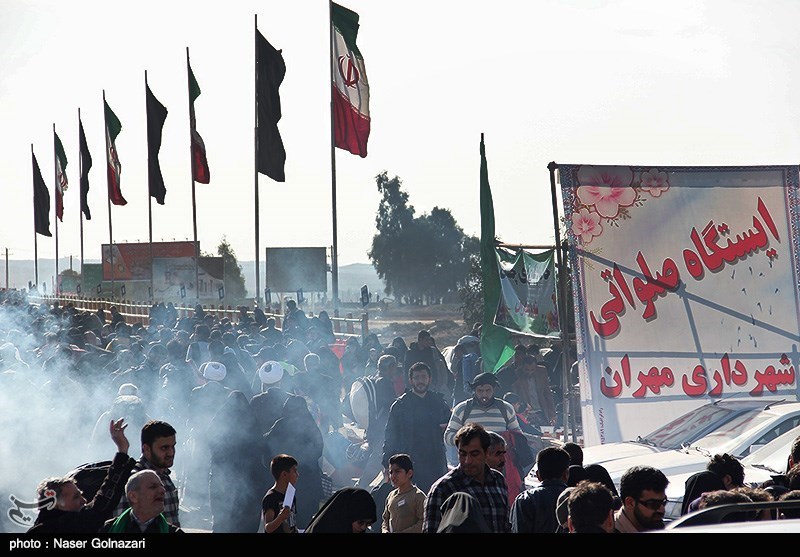 MNA – Some 71,000 Iranian and foreign pilgrims crossed Mehran border in the western province of Ilam on Saturday to join Arbaeen pilgrimage, an official in the province said.

Mohammad Hassani, the Deputy of General Road Administration of Ilam Province said on Sunday that the number of pilgrims left Iran for Iraq through Mehran border was 69,288.

The number of pilgrims leaving Iran for Iraq is ever-increasing at Mehran joint border, while there are 13 days left to Arbaeen ceremony, he added.

The number of pilgrims has increased since the first month of the Islamic calendar (31 August-6 October), showing a 12 percent increase as compared to the last year’s corresponding period, he mentioned.

Mehran border is located near Iran’s western border with Iraq. It is one of the major borders for crossing cars, trucks for export and pilgrims to Iraq.

Every year, millions of Shia Muslims even Sunni Muslims, Christians and Zoroastrians, etc. from various nationalities depart for the holy Iraqi cities of Najaf and Karbala to commemorate the 40th day (Arbaeen in Arabic) after the martyrdom of Imam Hussein (AS) in the battle of Karbala on Ashura Day in 680 AD. This year, Arbaeen falls on Saturday, October 19.