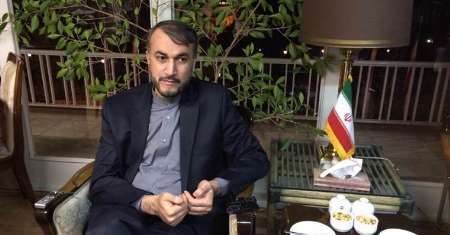 Rudaw – A senior official in the Iranian parliament smeared ongoing protests in Iraq as being the work of “Zionists,” “terrorists” and “foreign evil hands.”

Hossein Amirabdollahian, special aide for international affairs in the Islamic Republic’s parliament, made his comments alluding to foreign powers, critics of Shiite Islam and Israel in a tweet Friday.

“Foreign evil hands which have been behind making Iraq insecure for years, are now seeking to destabilize Iraq in other way[s],” said Amirabdollahian. “While considering civil demands, it is Zionists & Takfiri terrorists’ supporters who are behind recent developments in Iraq. This plot will also be foiled.”

Amirabdollahian is an outspoken Iranian official and former diplomat He regularly tweets in English and Arabic, despite Twitter being banned for Iranian citizens in the country.

The term Takfiri he used regarding the protests refers to Muslims who accuse other Muslims of apostasy. The word is often used by Shiite Muslims, who are a majority in Iran, against radical Sunni Muslims who consider Shiites non-Muslims. Zionism, for its part, is a form of nationalism that calls for a Jewish homeland in historic Israel and Palestine. It is today used to describe people supportive of the Israeli government.

Some protesters have taken aim at Iran’s perceived interference in Iraq as well. Iran is an ally of Baghdad, and funds many of the Popular Mobilization Forces (PMF), also known as Hashd al-Shaabi, militias that operate throughout the country.

More than 70 people have died and three thousand wounded in the unrest, according to the Iraqi High Commission for Human Rights (IHCHR).

The Iranian foreign ministry said in a statement on Thursday calling for calm in Iraq.

“The Ministry of Foreign Affairs of the Islamic Republic of Iran is confident that the Iraqi government and nation will work with all groups…to calm the current tense situation,” the release read.

The release also echoed Amirabdollahian’s claims of foreign backing of the protests.

“The Ministry of Foreign Affairs is confident that the Iraqi nation and government will not allow the continuation of certain moves that are to the detriment of the Iraqi people and that let the foreigners take advantage of the situation,” the ministry said.

Influential Iraqi cleric Muqtada al-Sadr – head of the largest Sayirun bloc at the Iraqi parliament – called for the resignation of the current cabinet and holding a snap election. Sadr visited Iran in September during the Ashura holiday for Shiite Muslims, and met top officials. He has also criticized Iran’s policy towards Iraq.

Numerous other factions with the parliament have announced they are suspending their participation in the legislature as a pressure tactic to force the government to develop a plan to address the protesters’ demands.

Iraq’s neighbors Kuwait, Bahrain, Turkey and Qatar have called on their citizens to avoid trips to Iraq.