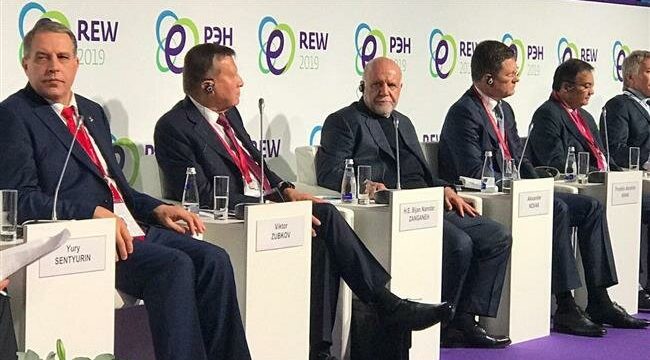 Press TV – Iranian Minister of Petroleum Bijan Zangeneh has called on the regional states to view Iran as their friend, expressing Tehran’s preparedness to work with its neighbors to secure the Persian Gulf and the Strait of Hormuz.

“We are prepared to join hands with other countries in the region and protect the security of Persian Gulf and Strait of Hormuz together,” Zangeneh told reporters on Thursday night.

“This must be carried out by ourselves (littoral states of Persian Gulf),” he added.

He also urged the regional states to consider Iran as their friend “because Iran is a friend of everyone”.

“In my opinion, there is basically no enemy in this region. The enemy is outside the region,” he added.

The Iranian minister said even if there were conflicts in the past, “Iran was not the initiator or the one who created it.”

Zangeneh’s comments came a few days after President Hassan Rouhani said lasting security and peace in the Persian Gulf, the Sea of Oman and the strategic Strait of Hormuz could be established only through cooperation among regional states.

Speaking in a meeting with his Russian counterpart Vladimir Putin on the sidelines of a summit of the Eurasian Economic Union (EAEU) in Yerevan Tuesday, Rouhani described regional peace and stability, in addition to freedom of movement and security of vessels in the Strait of Hormuz, as among Tehran’s principled policies.

Last month at the meeting of the UN General Assembly, Rouhani introduced Iran’s initiative for promotion of peace and stability in the region, entitled the Hormuz Peace Endeavor (HOPE).

“The Iranian initiative is meant to promote peace, stability, prosperity, mutual understanding as well as cordial ties among all people bordering the Strait of Hormuz,” Rouhani said in his meeting with Putin.

“This plan embraces various areas of cooperation, including collective energy security, freedom of navigation and free transport of crude oil, among countries on the Strait of Hormuz and trans-regional states,” Rouhani highlighted.

On Wednesday, Foreign Minister Mohammad Javad Zarif said Iran will welcome Saudi Arabia’s change of policy “with open arms” if it comes to the realization that it cannot buy security though arms purchases and extra-regional help.

“We have always said that we seek understanding with our neighbors and we are not after tensions,” Zarif told reporters on Wednesday on the sidelines of a cabinet meeting.

“If the Saudi government comes to the conclusion that it cannot provide its security through arms purchases and delegating its sovereignty to the others and moves toward [promoting relations with the countries of] the region, it will definitely be met with Iran’s open arms,” he added.

Zarif made the remarks in response to a question about reports that Saudi Arabia had given the green light to a third country to arrange a meeting with Iran.