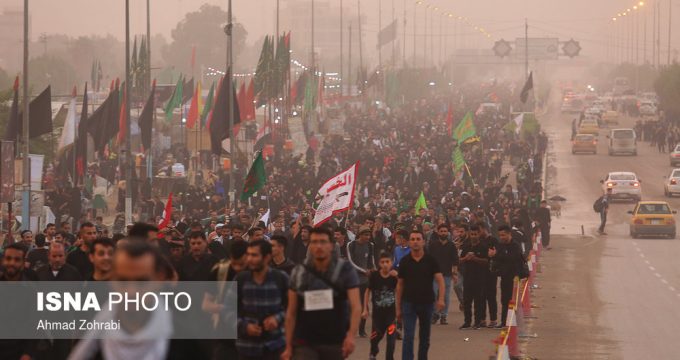 MNA – Iranian Foreign Ministry issued a statement on Thursday and called on Iranian pilgrims heading to Iraq for Arbaeen ceremonies to delay their travel until normalization of conditions in Iraq.

The Foreign Ministry also called on Iranian pilgrims to pay due attention to the political and security warnings of responsible officials strictly.

The full text of the statement is read as follows, “the Ministry of Foreign Affairs of the Islamic Republic of Iran expresses its regret over the emergence of some sporadic unrests in some Iraqi cities and is confident that Iraqi government and nation will cooperate with all groups, parties and personalities especially sources of religious emulations as well as other political-religious leaders for pacifying the current inflammatory situation.

“While emphasizing on the significance of great Arbaeen march, Iranian Ministry of Foreign Affairs calls on all pious Iranian people and lovers of Ahl al-Bayt to delay their trip to Iraq until normalization of situation in that country and take all warnings of political and security officials into serious consideration.”