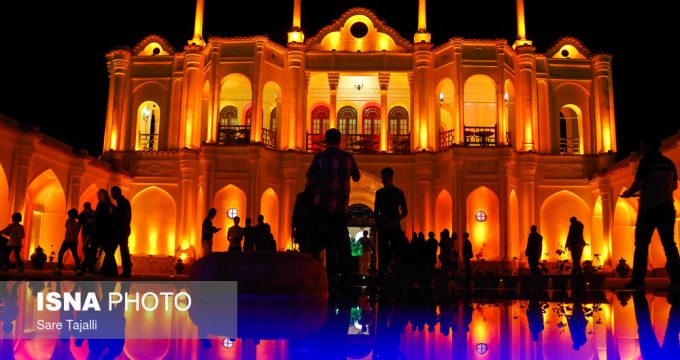 IRNA – Kerman province with its rich and ancient civilization and climate has four seasons and a treasures of natural, historical and cultural heritage and attractions that can rightly be called a miniature of Iran’s tourism.

The presence of seven world heritage monuments, three national heritage monuments and thousands of natural and historical attractions have made the Kerman province one of the most important tourist destinations of the country for domestic and foreign tourists.

Kerman province’s cultural heritage, handicrafts, and tourism have many capacities, each of which is a precious and precious work that has been passed down through generations and generations and should strive to preserve it.

There are numerous historical and cultural sites and tourist destinations, monuments and cultural and natural attractions throughout Kerman province, some of which have a global and national reputation.

The cultural heritage of Kerman has flourished in recent years with the participation of the private sector in the aftermath of the recession and valuable monuments such as the Citadel of Bam, the Fath Abad Garden, the Kerman Lawyer’s Caravansary and the Haj Agha Ali Kerman House have been repaired.

Arg-e Bam was the largest adobe building in the world located near Bam, a city in Kerman Province southeast of Iran.On December 26, 2003, a devastating earthquake struck Bam City and its suburbs. Consequently, Arg-e Bam was entirely demolished.

“Bam and its Cultural Landscape” has been registered in the list of UNESCO World Heritage. This enormous citadel, located along the Silk Road, was constructed in century 5 BC and was still in use until 1850 AD. It is not exactly clear why it was not used anymore thereafter.

The whole monument is a huge fortress in the center of which the citadel (Arg) is located. However, due to the glorious appearance of the Arg which is also the highest part of the complex, the entire fortress building is known as “Arg-e Bam”.

The Shazdeh Garden is a historical Persian garden located on the outskirts of Mahan in Kerman province, and was constructed under the orders of the governor of Kerman, Abdolhamid Mirza Naserodoleh, during the late Qajar period.

Built in the traditional style in the late 1900s, the Garden consists of pools in a terraced fashion.The construction was left unfinished, due to the death of Abdolhamid Mirza in the early 1890s.

It is rumored that upon hearing the news of the Governor’s death, the masons immediately abandoned their work and as a result the main entrance still shows some unfinished areas. Its location was selected strategically as it was placed on the way between the Bam Citadel and Kerman.

The Garden is approximately 407 meters long and 122 meters wide in a rectangular shape with a wall around it and surrounded by desert land. It consists of an entrance structure and gate at the lower end and a two-floor seasonal residential structure at the upper end.

Although human being is always trying to improve and each generation is enjoying more advance technology than the previous one, the genius of our ancestors in some fields were considerably more improved than what we are witnessing today.

One of the examples for this saying is the famous Persian Qanat which was registered by UNESCO as the world heritage site.

The complex includes 11 Qanats in different cities of Iran. Goharriz Qanat of Joopar in Mahan, Kerman is one of these wonders. The Qanat is as long as 3500 meters and waters about 300 hectares on its way.

It is interesting to mention that Goharriz Qanat of Joopar in Mahan provides its water from a fault and the water current moves on the scale of 60 litters per second. Some famous adventurers have visited this Qanat and suggest others to visit it too in their travel stories and memos; so make sure not to miss it when you travel to Iran.