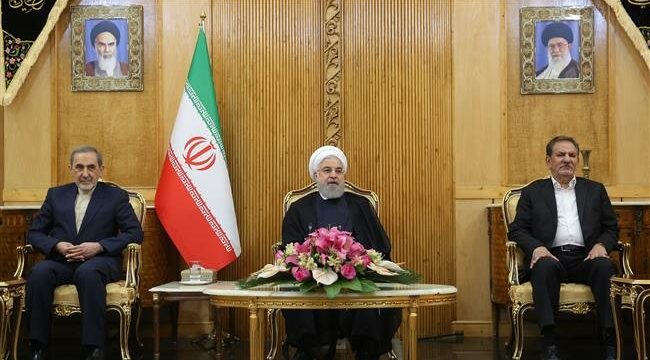 Rouhani made the remarks in an interview in Tehran on Monday before leaving for the Armenian capital to attend the EAEU’s summit in Yerevan.

He said Iran’s joining the EAEU would be a very good opportunity for the private-sector businesspeople as well as the public economic sector to expand trade ties with the five member states of the union and to connect to the economy of other regions.

“This is a very important step under the circumstances that the Americans cruelly seek to apply pressure and sanctions on the Iranian nation and Iran’s foreign trade,” the Iranian president said.

He noted that the five member countries of the union have a population of some 180 million while Iran is a nation of 83 million, and therefore relations between Iran and these countries can be of high significance.

Rouhani said an agreement between Iran and the five EAEU states would become operational and implemented on October 27.

As the first step, some 502 Iranian goods can be exported to EAEU countries by receiving preferential tariffs as a nearly zero tariff will be applied to them, Rouhani said, adding that further steps would be taken in this regard in the future.

He noted that Kyrgyzstan, Kazakhstan, Russia, Belarus and Armenia are the five members of the union while Iran, Singapore, Moldava and Vietnam plan to join it.

The Iranian chief executive said he is scheduled to hold bilateral talks with senior officials attending the meeting, including the Armenian president and prime minister as well as presidents of Kazakhstan and Russia and Singapore’s prime minister.

The EAEU provides for free movement of goods, services, capital and labor, pursues coordinated, harmonized and single policy in the sectors determined by the treaty and international agreements within the union.

The Iranian government in June cleared a last hurdle to its bid to launch a free trade zone with the Eurasian Economic Union, a major regional organization which could help Tehran increase its revenues from non-oil export at the time of increased US sanctions.

The spokesman of Iran’s Guardian Council, which oversees government’s accession to regional and international treaties, said that the body had approved an agreement signed on May 17, 2018 between Iran and the EAEU that was meant to facilitate trade between the two sides.