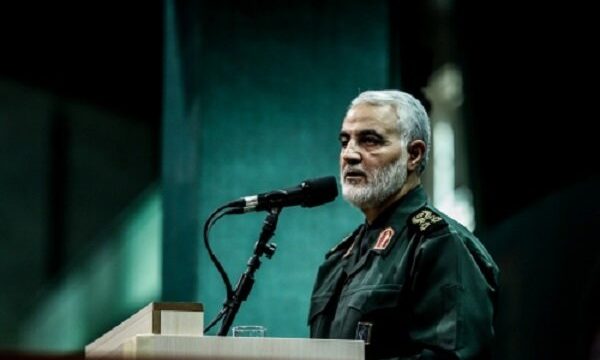 MNA – The Commander of the Islamic Revolutionary Guards Corps’ Quds Force Major General Qasem Soleimani said that IRGC has destroyed the United States’ fictitious and artificial grandeur in the world.

He made the remarks at the 23rd nationwide assembly of IRGC commanders on Tuesday.

“The IRGC tarnished the world’s largest and most equipped army’s fictitious grandeur in the world,” Soleimani said.

He was referring to the downing of an advanced US spy drone by IRGC in June after the aircraft violated the Iranian airspace and ignored several warnings. The United States denied that the drone intruded into Iran’s airspace at the time.