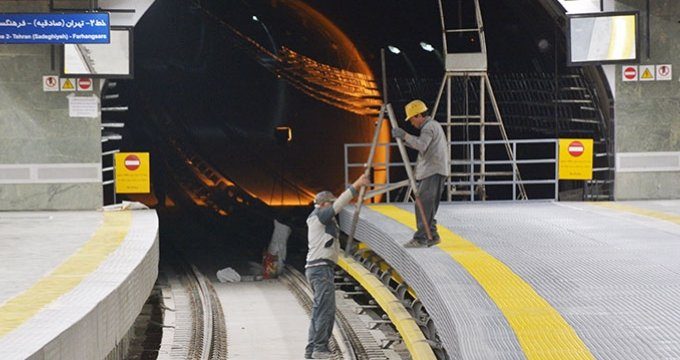 He also said five more stations will become operational by March 2020 and added that the construction of Line 6 is rapidly gaining momentum and Molavi Station in the south will be launched in October.

When fully constructed, Line 6 will stretch over 38 km and have 27 stations. It will be the longest line in the subway network and connect Shahr-e Rey in southeast Tehran to the famed Sulqan District in the northwest.

In early April, the line was opened partially in the presence of President Hassan Rouhani and Tehran’s mayor.

Currently, 9 kilometers of Line 6 with 3 stations, namely Dolatabad, Besat and Shohada, are operational.

The newly-opened station links passengers of the already operating Line 2 from the west to the east of the capital.

Currently, the capital’s subway stretches over 220 kilometers and comprises seven lines (1 to 7) with nearly 120 stations. Lines 6 and 7 are yet to become fully operational.

In addition to Hanachi, Mohsen Hashemi Rafsanjanim the head of Tehran City Council, and a group of urban managers also attended the launching ceremony.