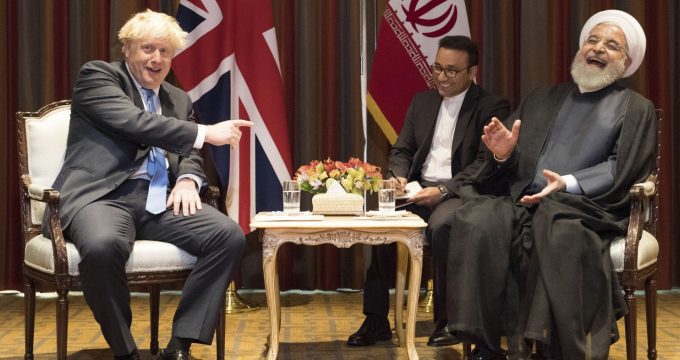 Memo to President Trump: Iran is not about to collapse

The Washington Post | Jason Rezaian:  What’s wrong with this picture?

Officials in the Trump administration say their maximum pressure campaign against the Islamic republic of Iran is working. They claim the economy is in free fall, with inflation soaring and Iran’s oil exports nearing zero.

But at the annual U.N. General Assembly session in New York, Iran’s President Hassan Rouhani appeared decidedly unfazed by the American measures against his country, signaling that Tehran may be more comfortable with the current circumstances than anyone previously thought.

U.S. officials this week said President Trump is prepared to meet with Rouhani — without preconditions. You’d think — if Iran were on the verge of collapse, as the Americans keep saying — that Rouhani would be desperate to accept.