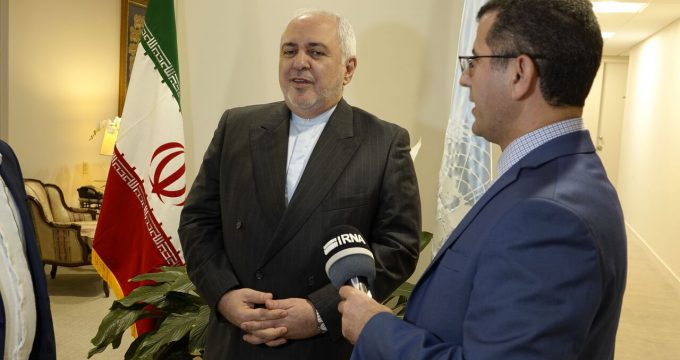 IRNA – Iran rejected on Saturday what it called “show meeting” with US President Donald Trump, saying that Washington’s economic sanctions must be lifted first.

“We are not ready to tie the Iranians’ future and economic well-being to a show meeting with a president that has failed to stick to his commitments so far and that has left all of them,” Iran’s Foreign Minister Mohammad Javad Zarif told Iranian media on the sidelines of the 74th United Nations General Assembly (UNGA) in New York on Saturday.

He stressed that according to statements by Iran’s Supreme Leader Ayatollah Seyed Ali Khamenei “the US needs to return to its commitments and end the sanctions if it wants to talk to the Islamic Republic of Iran”.

May European leaders, including French President Emmanuel Macron met Iranian President Hassan Rouhani several times in New York to pave the way for a meeting between Rouhani and Trump.

“The Europeans have failed to live up to their commitments within the Joint Comprehensive Plan of Action (JCPOA) after the US pullout. So, they think that a solution to their problem is that we negotiate with Trump,” Zarif mentioned.

He reminded the European countries that it’s up to them to find a solution to their problem of “failing to honor their commitments”.