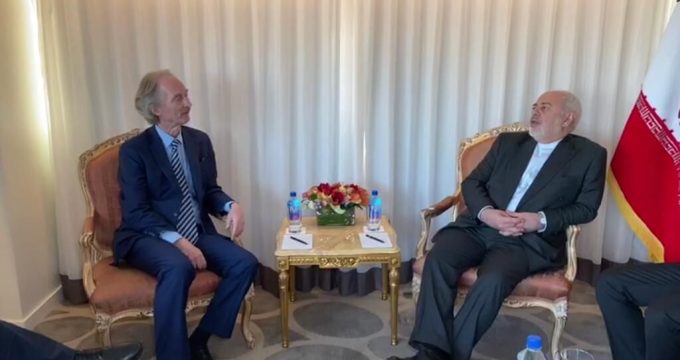 IRNA – Iranian Foreign Minister Mohammad Javad Zarif and the United Nations Special Envoy for Syria Geir O. Pedersen reviewed the latest developments in Syria and the need to stem the humanitarian crisis in the war-torn country.

During the meeting which was held on the sidelines of the 74th session of the United Nations General Assembly, both sides discussed formation of the constitutional committee in Syria and fighting terrorism.

He attended a meeting of the Economic Cooperation Organization (ECO).

Zarif held short talks with foreign ministers of Pakistan, Tajikistan and Cuba, but, the meeting were not on the agenda.