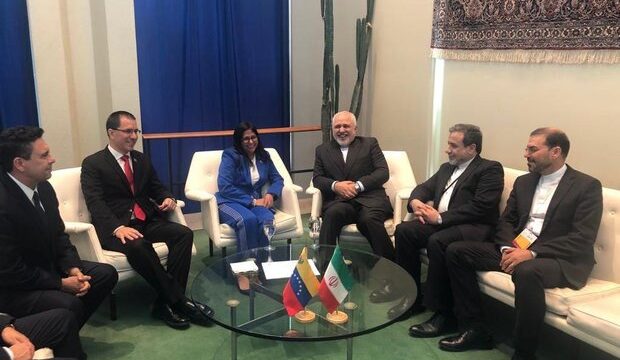 MNA – Iranian Foreign Minister met and held talks with his counterparts from Tajikistan, Cuba and Nicaragua on Friday.

Zarif, who landed in New York on September 14 to attend the 74th session of the UN General Assembly, has been busy meeting with his counterparts from different countries to discuss ways of boosting cooperation in the fields of mutual cooperation.

In line with the same plan, the Iranian diplomat held a meeting with Sirodjidin Muhriddin, Bruno Rodriguez and Denis Moncada, the foreign ministers of Tajikistan, Cuba and Nicaragua.

They also addressed bilateral issues, regional developments and JCPOA during the meeting.

A day before, Zarif met with his Syrian, Kuwaiti, Iraqi, Dutch and Armenian counterparts and shared views on Syrian and Yemen crises, Iran nuclear deal and other regional developments.