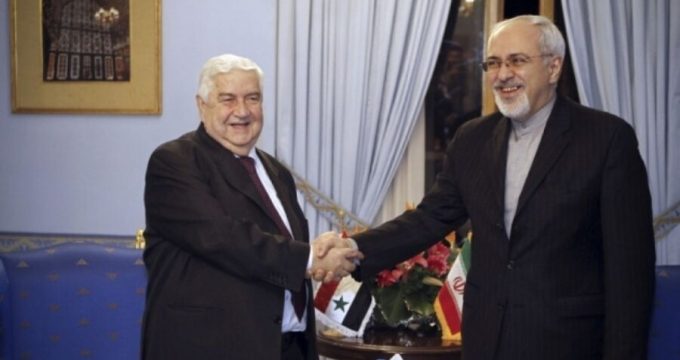 According to Syrian media, during the meeting Zarif referred to recent outcomes of meeting of the Syrian Constitutional Committee.

He stressed Iran’s commitment to maintain permanent coordination with Syria and on Tehran’s all-out support for reinforcing Syrians’ resistance to plots.

Zarif also reviewed results of the meetings held on the sidelines of the 74th session of the United Nations General Assembly to end tensions in the Persian Gulf.

Meanwhile, Moallem explained the latest developments in Syria and in the region.

He also emphasized the importance of coordination between two countries at all levels.

He appreciated Iran for its constructive and positive role to thwart the US pressures.

Moallem noted that pressures have targeted efforts made by Iran and Syria to stand against US arrogant policy.

He attended a meeting of the Economic Cooperation Organization (ECO).