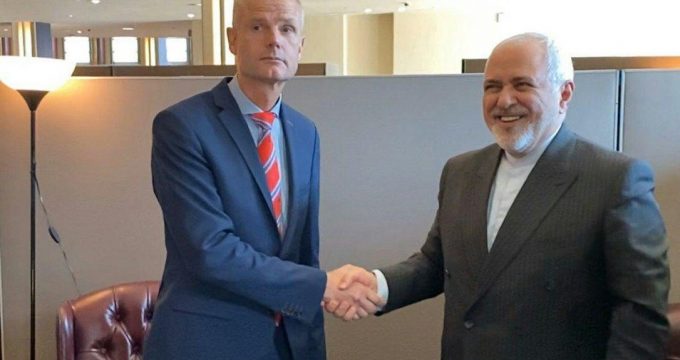 IRNA – Foreign Ministers of the Islamic Republic of Iran and the Netherlands met on Friday and discussed bilateral relations on the sidelines of the 74th session of the United Nations General Assembly in New York city.

Zarif had earlier met with his Syrian, Kuwaiti and Iraqi counterparts and discussed the Syrian crisis, Yemen and other regional issues.

He also attended a meeting of the Economic Cooperation Organization (ECO).

The Iranian foreign minister is also slated to hold talks with his Armenian and Finnish counterparts in New York.

Zarif has been in New York for the 74th session of the United Nations General Assembly.