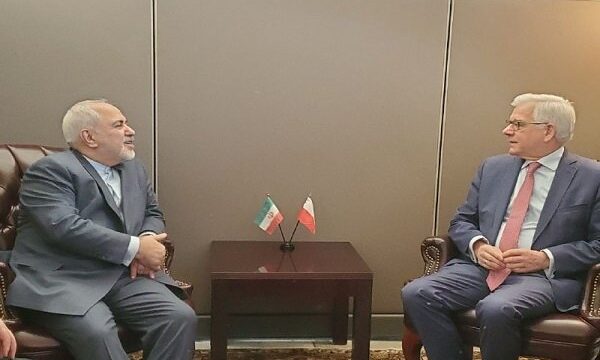 Zarif meets with Polish counterpart on sidelines of UNGA in NY

The meeting between Minister Mohammad Javad Zarif and his Polish counterpart Jacek Czaputowicz took place in New York on Thursday on the sidelines of the 74th session of the United Nations General Assembly.

In the meeting, the two foreign minister discussed bilateral relations as well as regional issues.

While in New York since last Friday, the top Iranian diplomat has held talks with top diplomats and high-ranking officials of many other countries and international bodies in addition to holding interviews with a number foreign and western media to elaborate on Iran’s stances on regional and international issues.