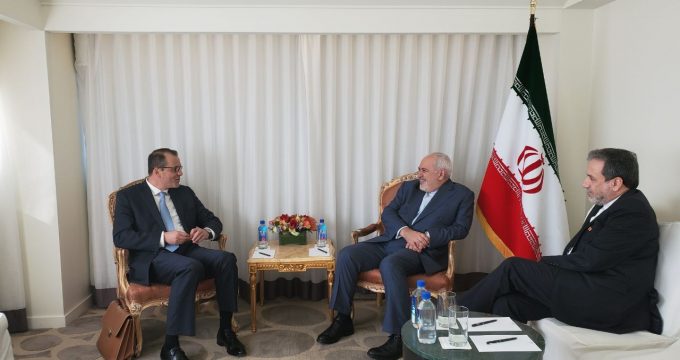 Zarif and Cornel Feruta, the IAEA’s Acting Director General discussed the latest issues and developments that have marked the 2015 international nuclear deal about Iran’s nuclear program.

The meeting was held in New York on Thursday on the sidelines of the 74 United Nations General Assembly (UNGA).

President Donald Trump’s Administration pulled the US out of the 2015 deal and unilaterally reimposed economic sanctions on Iran.

Iran waited a year to see how the three European signatories to the deal, that is, Germany, France and the UK, react to the US violation of the UN Security Council’s 2231 Resolution that makes the agreement binding for all parties.

The EU3 failed to honor its commitments. In response, Iran scaled back some of its voluntary nuclear commitments such as uranium enrichment level and heavy water stockpile.

Tehran says it will stop the moves as soon as the European states live up to their commitments.