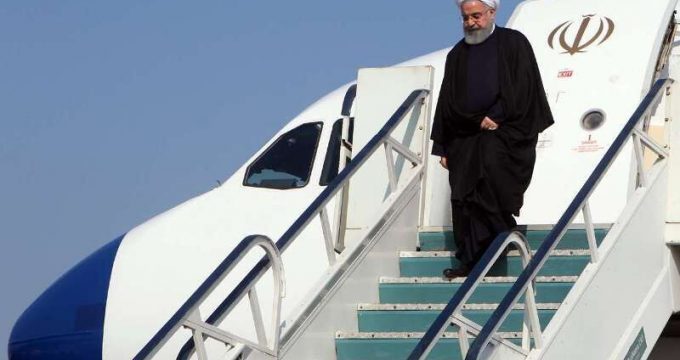 IRNA – President Hassan Rouhani after attending and delivering a keynote speech at the 74th United Nations General Assembly in New York followed by four days of intensive talks with leaders of the European, Asian and African countries, arrived in Tehran Friday afternoon.

During his stay, President Rouhani held bilateral talks with several world leaders to discuss a range of issues, including the 2015 nuclear deal and his peace initiative for the Persian Gulf region.

Speaking in a press conference with representatives of international media in New York on Thursday evening, Rouhani said, “This year, we had a very intensive schedule, mainly discussing the Joint Comprehensive Plan of Action (JCPOA), how to implement the nuclear agreement, regional stability and sensitivity, the need for peace and security in the region as well as putting an end to the bloodshed in Yemen.”