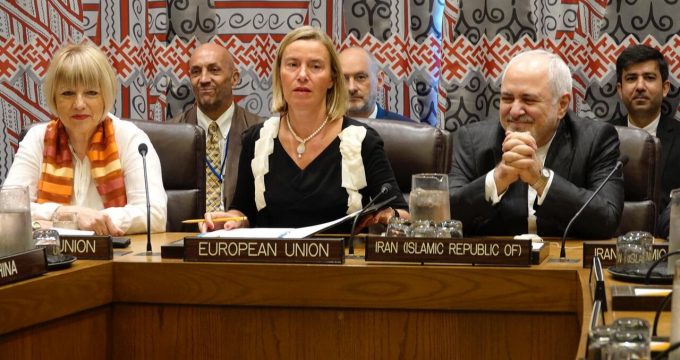 Al-Monitor | Julian Pecquet: The divide between the United States and the remaining parties to the 2015 nuclear deal with Iran was once again on stark display at the United Nations this morning, just days after Europe blamed Tehran for recent attacks against Saudi Arabia.

Top diplomats from Britain, France, Germany, Russia and China issued a joint statement after meeting with Iranian Foreign Minister Mohammad Javad Zarif on the sidelines of the UN General Assembly. They reaffirmed “the importance of the full and effective implementation of the [Joint Comprehensive Plan of Action, or JCPOA] by all sides” and their determination to continue “all efforts to preserve the agreement, which is in the interest of all.”

Keynoting the annual conference of the hawkish United Against Nuclear Iran, Pompeo said the United States would “intensify” efforts to “educate countries and companies of the risk of doing business with [Islamic Revolutionary Guard Corps] entities” and “punish” offenders. He also announced new sanctions against Chinese entities for “knowingly transporting oil from Iran, contrary to United States sanctions.”