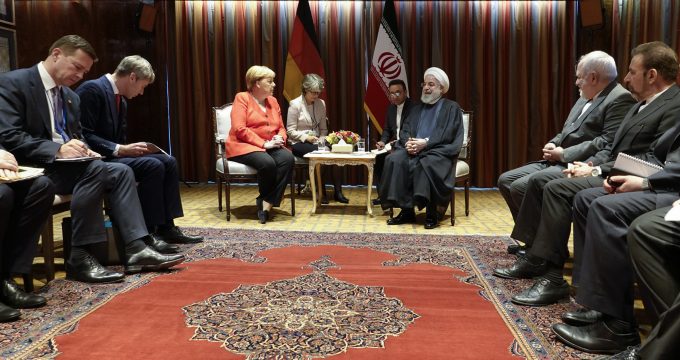 President.ir – President of the Islamic Republic of Iran and the Chancellor of Germany discussed the necessary measures for saving the Joint Comprehensive Plan of Action (JCPOA) and stressed development of relations in bilateral, regional and international fields.

President Hassan Rouhani and the German Chancellor Angela Merkel had a meeting Tuesday noon in New York on the sidelines of the 74th Session of the United Nations General Assembly, and discussed deepening economic cooperation, as well as bilateral relations.

The President also stated that Germany has always been a very important partner to Iran and stressed continuation of the long-standing friendly relations between the two countries.

Dr Rouhani went on to highlight the responsibilities of other signatories to the JCPOA, including Germany, for saving the important international agreement after the United States’ unilateral withdrawal.

He also described the recent statement by France, Britain and Germany baseless accusations against Iran.

At the same meeting, the German Chancellor reiterated supporting the JCPOA and called for respect towards the important international agreement and lift of sanctions.

She also highlighted Germany and other European countries’ determination to put INSTEX into operation as soon as possible.

On Dr Rouhani’s HOPE Initiative, she said that Germany would willingly look into the initiative and that it supports any action for easing tensions in the region.