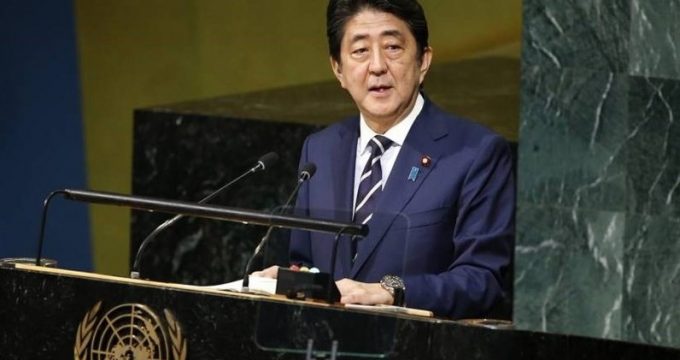 Tasnim – Japanese Prime Minister Shinzo Abe said during his speech at the 74th United Nations General Assembly that the Leader of the Islamic Revolution’s Fatwa banning possession, production and use of nuclear weapons is honorable.

“Iran’s Supreme Leader, Ayatollah Ali Khamenei, has told me directly that his country has made the three no’s — “possessing, producing, and using” nuclear weapons — into a Fatwa to ensure full enforcement. I believe that his words are honorable,” Abe said.

He had a meeting with Leader of the Islamic Revolution Ayatollah Seyed Ali Khamenei during a landmark visit to Iran back in June.

Abe became the first Japanese leader to visit Iran in more than 4 decades.

In a meeting with Iranian President Hassan Rouhani during the visit, Abe said that the main purpose of his trip to Iran was to ease the tensions between Iran and the US, and expressed hope that his visit would result in the reduction of tensions and establishment of peace in the region.