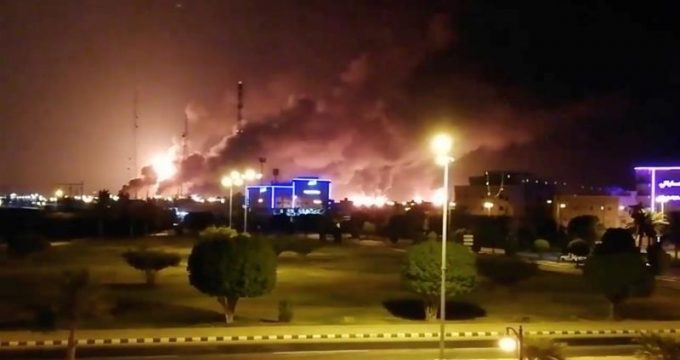 Saudi Arabia won’t attack Iran. But it may pay someone else to

The Guardian | Nesrine Malik: The US is being fooled that it needs to rescue its ally in the Middle East. The Saudis always get others to fight for them

There is a longstanding joke told in the Middle East about Saudi Arabia’s reluctance to fight its own wars. “Saudi Arabia will fight until the last Pakistani,” the punchline goes, in reference to the fact that Pakistani troops have long supported Saudi’s military endeavours.

The punchline has expanded lately to include the Sudanese, a recent addition to the Saudi army’s ground troops. Saudi Arabia is accustomed to buying labour that it deems too menial for its citizens, and it extends that philosophy to its army.

There is always a poorer country ready to send cannon fodder for the right price. The military assault in Yemen is sometimes referred to as “the Arab coalition”, a respectable term for a Saudi-led group of combatants that, in addition to allies in the Gulf, includes forces from Egypt, Jordan and Morocco, as well as Sudanese child soldiers, whose deaths are handsomely compensated for with cash paid to their families back home. When asked what fighting in Yemen under the command of the Saudis had been like, some returning Sudanese troops said that Saudi military leaders, feeling themselves too precious to advance too close to the frontline, had given clumsy instructions by satellite phones to their hired troops, nudging them in the general direction of hostilities. Where things were too treacherous, Saudi and coalition airforces simply dropped bombs from high-flying planes, inflating civilian casualties. This is how Saudi fights: as remotely as possible, and paying others to die.