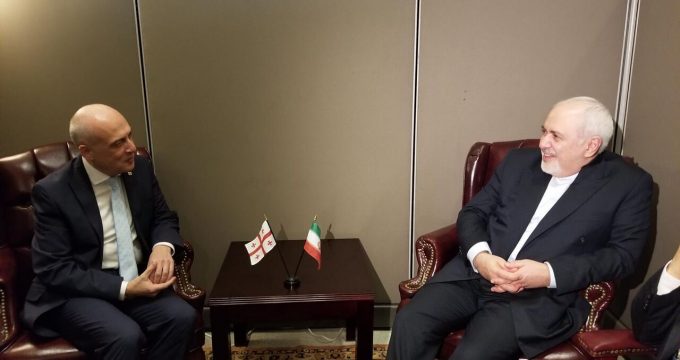 During the meeting, both sides discussed bilateral, regional and international issues.

Zarif who is currently in New York will accompany President Rouhani during the 74th Session of the United Nations General Assembly.

Rouhani is slated to deliver a speech in the UN General Assembly session on Wednesday.

He has so far held talks with the Omani, Danish, French counterparts and head of the International Committee on of the Red Cross.