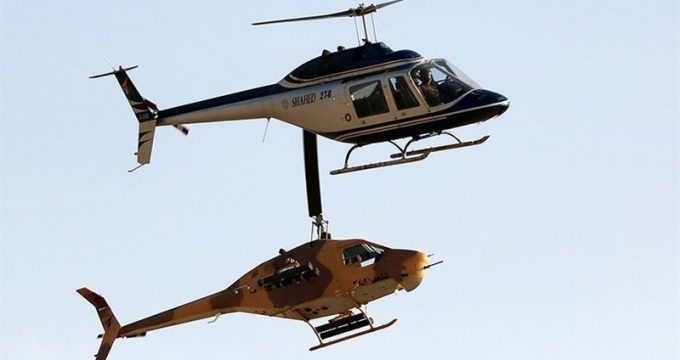 The copters, Shahed-278 and Shahed-285, have been manufactured by the Iranian Defense Ministry’s Aviation Industries Organization.

According to Deputy Defense Minister Brigadier General Qasem Taqizadeh, the helicopters have been designed and manufactured in cooperation with local knowledge-based companies, universities, research centers, and the IRGC’s scientific and technological centers.

Shahed-278 is a 5-seat helicopter suitable for diverse purposes, such as patrol and reconnaissance missions, carrying commanders, escorting and supporting the ground forces, video recording, training courses, air medical service, or even flying as an air taxi, the commander said.

He noted that Shahed-278, with military and civilian utility, is the first Iranian helicopter to have received a type certificate after meeting all international standards.

Type certificate is issued to signify the airworthiness of an aircraft manufacturing design or type.

The other model, Shahed-285, is a single-seat chopper used for solo flights and close combats, the general said, adding that the two copters have been manufactured on a same platform.

Taqizadeh said the helicopters’ mechanical, hydraulic and avionics systems and their fuselages have been developed with indigenous technologies, and the costs of maintenance and repair have been greatly reduced.

He went on to say that Iran is now among a handful of countries with the technical know-how to design and make helicopters.