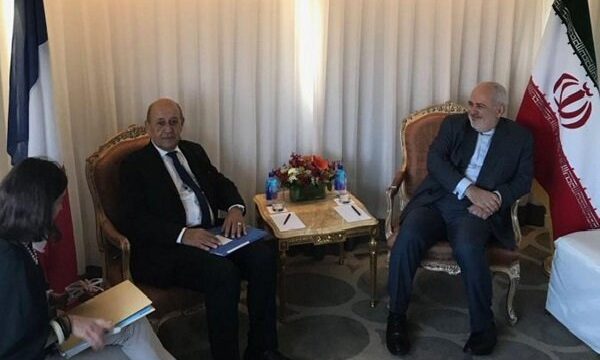 In his meeting with Denmark’s Foreign Minister Jeppe Kofod, Zarif said “We are confined to three buildings here, so thank you for coming.”

Zarif was referring to US-imposed limitations on Iranian diplomats who can only move between three buildings in New York.

The Iranian top diplomat also held another meeting on Sunday with President of the International Committee of the Red Cross (ICRC) Peter Maurer.

Zarif has traveled to New York to attend the 74th Session of the United Nations General Assembly (UNGA).