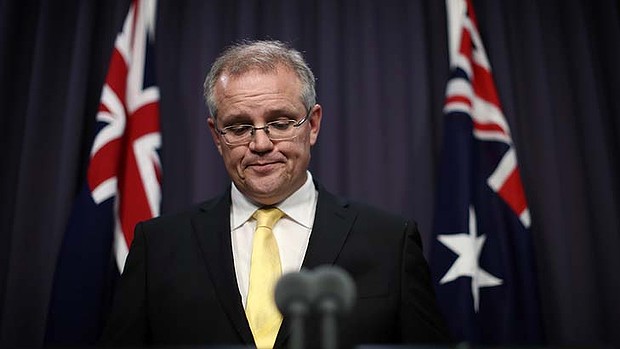 Scott Morrison insists Australia will not be drawn into any military conflict with Iran, declaring our commitment is limited to protecting freedom of navigation in the Strait of Hormuz.

Donald Trump, who flagged the prospect of a military strike against Iran, including, possibly, with nuclear weapons, during a meeting with Morrison in the Oval Office, before backtracking and saying his preference was for restraint – has sent additional troops and enhanced air and missile defence systems to Saudi Arabia and the United Arab Emirates in response to a drone attack on Saudi oil facilities on 14 September.

Trump is expected to use the looming opportunity of leaders week at the United Nations to try to cajole other nations into participation. Trump is scheduled to meet at least a dozen world leaders during his three days in New York.