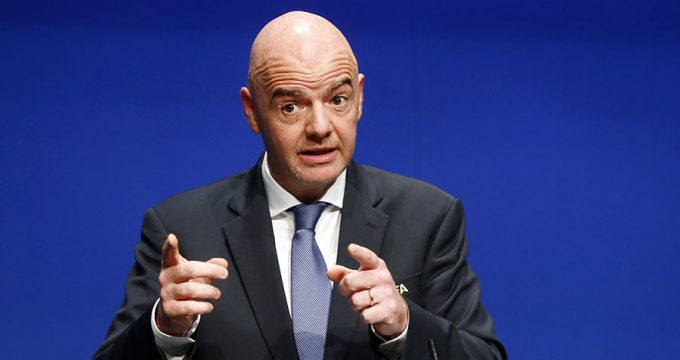 Daily Sabah – FIFA has been “assured” by Iranian authorities that women will be able to attend the October World Cup qualifier in Tehran, Gianni Infantino, president of the body said on Sunday.

A female Iranian fan died earlier this month, after setting herself on fire to protest against her arrest for attending a match.

FIFA officials have been in Iran this week discussing preparations for the Oct. 10 World Cup qualifier against Cambodia, their first home game of the 2022 qualifying competition.

“We need to have women attending – we need to push for that with respect but in a strong and forceful way and we cannot wait anymore,” Infantino told a FIFA conference on women’s football.

“We have been assured, that as of the next international game of Iran, women will be allowed to enter football stadiums,” he said.

“This is something very important, it is 40 years that this has not happened, with a couple of exceptions, but it is important to move to the next level and to the next stage,” he added.

FIFA said on Saturday it would be working with the Iranian football federation to develop plans for women to attend domestic matches in the Iranian league as well.

Sahar Khodayari, dubbed “Blue Girl” for the colors of her favorite team Esteghlal, died in hospital after her self-immolation outside a court where she feared being jailed for six months, having attended the match in disguise as a man.

Khodayari’s death has caused widespread outrage in Iran and internationally, prompting calls on social media for Iran’s football federation to be suspended or banned by FIFA.

Critics say FIFA’s own statutes hold discrimination on grounds of gender punishable by suspension or expulsion.

There were signs the situation regarding female fans in Iran was changing when a group of women was permitted to attend the second leg of the Asian Champions League final in Tehran last November, a match where Infantino was present.

Female fans, however, have been denied access to matches since. At Iran’s friendly against Syria in June, women were locked out of the Azadi Stadium and detained by security forces.