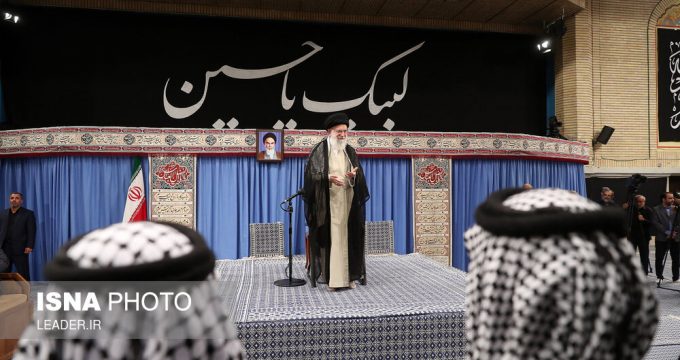 The meeting was held on the threshold of the Arbaeen trek toward the holy Iraqi city of Karbala.

Arbaeen, which is one of the largest religious gatherings in the world, comes 40 days after Ashura, the martyrdom anniversary of the third Shia Imam, Imam Hussein (PBUH). This year, Arbaeen falls on Saturday, October 19.

Each year, millions of Shias visit Karbala (many of who go on foot) to perform mourning rites.

During the pilgrimage and along the procession paths, thousands of Iraqi people serve the visiting pilgrims and provide them with accommodation, food and beverage and medical services.

The details of today’s meeting will be published later.