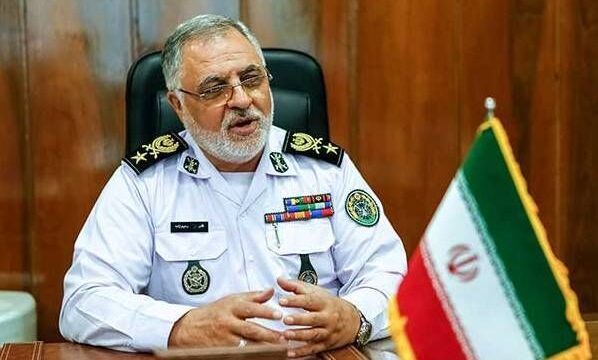 IRNA – Iran is expected to unveil a new radar system to detect low-altitude missiles in a bid to expand the country’s national air defense systems, said a senior defense official on Tuesday.

“We have the necessary equipment for low-altitude aerial defense. To strengthen this part, we are producing a system that I proudly announce that its has been produced and tested by our experts. It will be operational in near future. It’s current name is Eagle, but it could change later,” said Major General Qader Rahimzadeh, Deputy Commander of the Air Defense Headquarters on Tuesday.

The Air Defense Force HQ covers and coordinates all the air defense units of the Iranian armed forces, including the army and the Islamic Revolution Guards Corps (IRGC).

The Iranian air defense systems are vigilantly observing everything that enters the Iranian airspace, he said.

“Necessary warnings have always been given to manned or unmanned aerial vehicles to keep them away from the Iranian airspace. Whenever those warnings were ignored, they were downed as you saw them,” added the senior Iranian military official.

Back in June, Iranian armed forces downed a US spy drone that ignored warnings when it entered the Iranian airspace.

Rahimzadeh mentioned that each corner of the Iranian airspace is under the control of Iranian-made radars, noting that “there is no radar vacuum in the country”.

He highlighted Iran’s advances in radar technology following the 1979 Islamic Revolution, saying there has been an increase in number of the Iranian radars and their technology has also been upgraded.

“Today we claim that we are among few world countries that have radar technology,” said deputy commander of Khatam al-Anbia Air Defense HQ.

He reiterated that immobile radar systems, installed before the 1979 Revolution, have now been overhauled by Iranian technology.

All the mobile radars are also covering every single inch of the Iranian airspace, he added.

Rahimzadeh reiterated that Iran’s current radars are all resistant to electrical interference.

3 Khordad, Talash, 15 Khordad and Bavar 373 are a number of the Iran’s domestically-produced air defense radars that have been built the country’s armed forces.

Bavar 373 is the Iranian equivalent of the Russian S-300 anti-missile system. “We don’t have any problems for their spare parts, maintenance, …It was all produced in Iran,” according to the official.