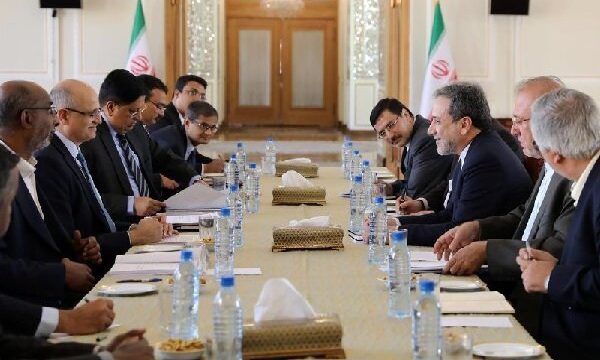 16th round of Iran-India political talks held in Tehran

MNA – High-ranking diplomats of Iran and India held a meeting in Tehran on Monday to discuss bilateral relations, as well as regional developments.

The two sides discussed a broad range of issues such as bilateral ties, and regional and international developments, while also reviewing the roadmap of bilateral relationship for the next year.

Both sides expressed satisfaction over positive effects of using national currencies and also over the increased volume of trades between the two countries in the past year, highlighting the need to further expand ties in areas such as trade, transportation, science and technology, industry, communications, banking, insurance, and investment.

Elsewhere in the meeting, Araghchi said that the issue of Kashmir should be resolved through peaceful approaches and dialogue between India and Pakistan. Pointing to the history of the Iranian nation’s relations with Muslims in Kashmir, he hoped that rights of these Muslims would be respected and the imposed limitations on them would be removed.