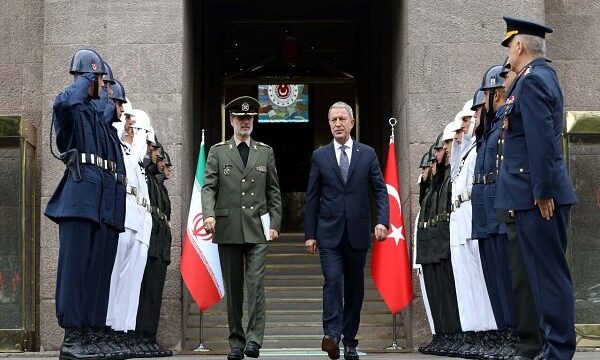 Hatami, who arrived in Turkey late on Sunday along with President Rouhani for participating in a trilateral meeting between Iran, Turkey and Russia, met with his Turkish counterpart at the venue of the country’s Defense Ministry.

Upon his arrival in Turkish capital Ankara, Iranian defense minister was officially welcomed by his Turkish counterpart.

According to the informed sources, the two sides exchanged views on the security and defense issues.

Moreover, discussing recent developments in Syria, especially in Idlib province, the three sides will talk about development and expansion of trilateral cooperation in various economic fields as well as regional issues.

The trilateral meeting between presidents of Iran, Turkey and Russia will be held in Çankaya Palace, Ankara.