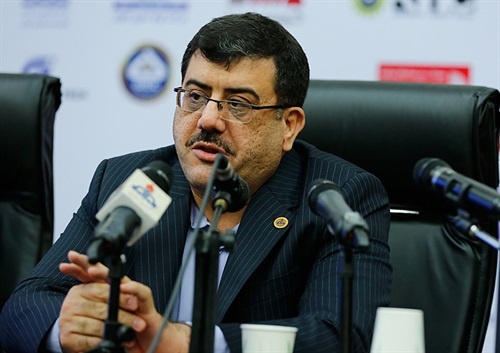 ‘All remaining South Pars platforms to be installed by March 2020’

Tehran Times – Head of Pars Oil and Gas Company (POGC), which is in charge of developing Iran’s South Pars gas field in the Persian Gulf, said all the remaining platforms of the field will be installed by the end of the current Iranian calendar year (March 19, 2020).

Speaking to the state TV on Saturday night, Mohammad Meshkinfam said “By the end of this year, the five remaining South Pars platforms at Sadra industrial Yard will be installed [on their designated offshore spots] and recovery from all South Pars gas blocks (except for phase 11) will be realized.”

The development of South Pars Field started 22 years ago and 29 different phases were defined for the project along with a separate oil block.

“After the full development of the South Pars joint field [Iran shares with Qatar], we should consider maintaining production based on the prospect of supplying 75 percent of the country’s gas consumption for 25 years,” Meshkinfam said.

According to the official, although there has been no noticeable decrease in the field’s recovery factor so far, but it is anticipated that it will decrease within the next three to four years.

“Focusing on the blocks [like Belal gas field] around the South Pars field is one of the long-term solutions for maintaining the field’s recovery factor,” he said.

Meshkinfam further pointed to drilling exploration wells in the Yalda gas field, starting development operations in the northern areas of South Pars field [known as North Pars], and the design and installation of gas pressure boosting platforms as the POGC’s next steps in production maintenance.

He went on mentioning the share of Iran in the joint gas field, saying that “Geographically, one-third of the South Pars field is in Iran’s possession, while today Iran’s gas production from this joint field is equal to Qatar. In fact, having just one-third of the field, we are producing an equal amount of gas with Qatar; in other words, we can say that our production is more than the Arab country.”

Meshkinfam also mentioned development of the phase 11 of South Pars field, noting that Iran is not going to wait for CNPC and “If the Chinese company does not make a decision to participate, Petropars as the third member of the consortium (it was comprised of Total, CNPC and Petropars) must take over and begin operations in Mehr [seventh Iranian calendar month starting on September 23].”